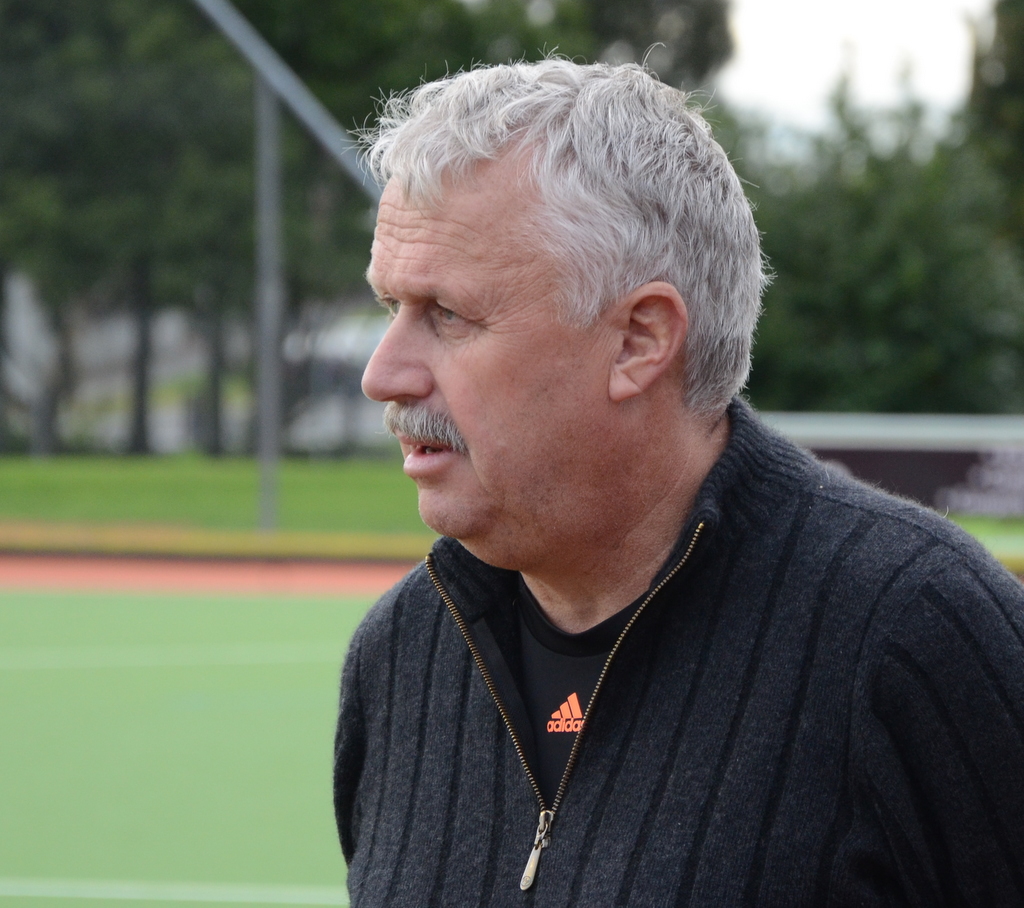 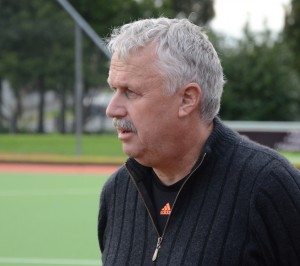 Doug Sommerville is a well-known and respected member of Fraser Tech Hockey Club. His involvement with hockey began young, as a 12 year old boy, when he was a pupil at Cobham Intermediate School in Christchurch in 1969. Since those early days, when he first decided to “give hockey a go” after trying out rugby and soccer, there have been very few years when he hasn’t been involved in hockey, either as a player, a coach or in some other role.

Doug joined the Fraser Tech Hockey Club in 1976. He had started his first job with the Ministry of Works a year earlier so joining the club was a good way to meet people and make new friends. The team coach at that time was Parbhu Parsotam who is our present Club patron and well-known in Hamilton hockey circles for his valuable contribution to hockey. In those days, men’s hockey was played at Glenview Park (and occasionally at Steele Park) and practices were held in the Fraser High School gym. Doug played for the Reserve team as a full-back at that time. The team also played in the Premier men’s division. One of Doug’s memories from those days was beating the Prem Men’s team.

Back then, there was no such thing as Intercity so the only way you could play against out of town teams was either in pre-season games, or at tournaments. If you won the local Hamilton Club competition, you then went into a National Club Knockout competition. Teams also played in a North Island Tech Hockey competition over Easter. There were five other teams from around the North Island (Napier, Hawera, Palmerston North, Wanganui, Wellington, and Hamilton) that took part. This tournament ran for about 28 years and finally fell apart with the introduction of playing hockey on an artificial turf.

In 1981, he returned from working in Australia to live in Tauranga where he played for the Mount Maunganui club. His coaching career began in 1983, when the team needed a coach so Doug happily volunteered to help them out.

Doug then moved to Taumaranui to work for the next two years. While there, he played club hockey for Kakahi and coached the King Country women’s team.

Returning to Hamilton in 1988, he spent the following 8 years coaching at Hamilton Boy’s High school, coaching their 1st XI team. During his time at the school, two of the boys that he coached included Dharmesh and Alpesh Puna, both of whom were later chosen to represent New Zealand. Both Dharmesh and Alpesh played for Fraser Tech, before heading offseas for work.

One of the highlights that Doug remembers, was during the 4 years from 1996 to 1999 that he spent coaching the Palmerston Boys 1st XI team and their well-deserved performances in the National Secondary schools tournament, playing for the Rankin Cup; the highest Secondary school award that is presented for hockey in New Zealand. In each consecutive year, they achieved placings of 3rd, 3rd, 1st and 9th. The team also won the Manawatu Sports Award for Team of the Year.

Another memorable highlight for Doug was in 2001, coaching the Waikato Women’s team. At that time, they were playing in the 2nd Division but played well enough to gain promotion to the 1st Division, thus allowing them to play in the National Hockey League, the following year.

He has co-coached the Waikato Hatch Cup team with Leah Macdonald, who was later to become his wife. In September 2008, at the National Tournament in Wellington, the team gained 2nd placing which is the highest placing that this team has ever achieved to date.

Doug has also had success as a coach with Waikato Master’s hockey, coaching the women’s 40+ team to three consecutive years of National Championship titles in 2001, 2002 and 2003.

In 2002, he began coaching the New Zealand 35+ years Women’s Masters team and has continued as their coach to the present day. To date, this team has won 32 games, lost 9 and drawn 1. The most satisfying wins for the team have been playing against Australia, with 14 wins and 7 losses.

Doug was elected as Fraser Tech Hockey Club President from 2000 to 2003 and has been a member of the committee, on and off, for about 10 years. He has remained actively involved in hockey, despite juggling his time at work and needing to move around the country from time to time. He is currently on the board of Waikato Hockey and remains on the Fraser Tech committee.

Doug was awarded a Life Membership to the club in 2009, after many years of hard work and a strong commitment to Fraser Tech hockey. He has made an invaluable contribution to the club and to hockey, using his wealth of knowledge and experience, dedicating much of his spare time, encouraging and supporting players of all ages.

Doug’s approach and outlook on life has very much been influenced by his parents who were always prepared to help and encourage both him and his brothers, by giving up their time and energy, doing whatever it took, making sure that they always turned up to play, come rain or shine, no matter what sport or other interests they pursued. Sometimes, not often, he says he wished that his mum hadn’t been there on the sideline but if you really want to know why, you’ll have to ask Doug.

His greatest rewards have been the opportunity to meet so many interesting people, also the fun and enjoyment over many years, making new friends, helping other players to develop and improve their skills and achieve their goals. Last but by no means least, has been the thrill and excitement of playing great hockey and winning!!

Doug has achieved much over the years, particularly as a coach. He has a strong commitment to hockey, is very competitive and has worked hard to help, encourage and inspire the teams that he’s worked with. He knows that to be successful as a player, it requires self-discipline, dedication and a strong desire to work hard to be the best that you can be. He also believes that team loyalty is very important, no matter at what level you play your sport.

He’s a friendly, fun-loving guy and enjoys being around people, especially if it’s anything to do with sport or the outdoors. He very much enjoys fishing and watches most sports for relaxation, but his greatest passion still lies with hockey.

Hopefully, his love and enthusiasm for hockey, both as a coach and mentor will continue for many more happy and successful years to come.
Good on yer Doug!