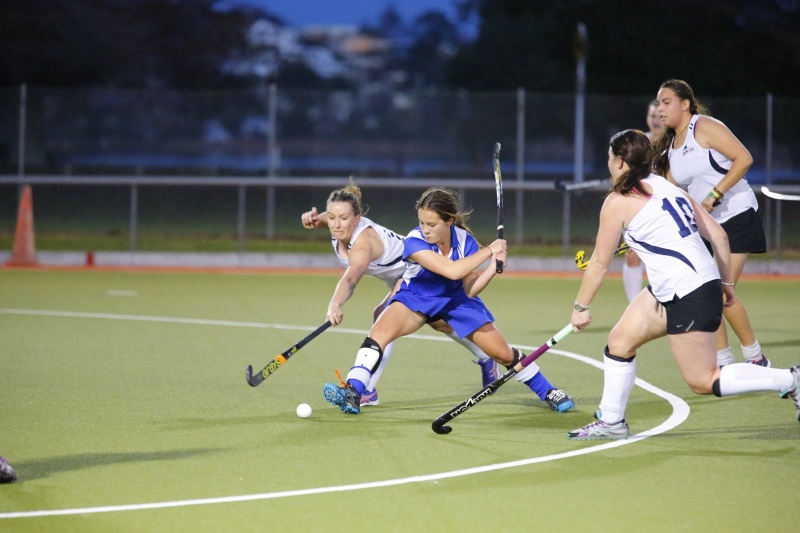 Fraser Tech Men retained the Rae-Martin Memorial Trophy for the seventh consecutive year in a close fought 3-2 win over Aber Hamilton Old Boys. Both sides traded early chances to score with neither team finding a way through compact defences. Tech opened the scoring with Matt Taylor finishing off a sweeping movement with a first time strike. Jimmy Linehan extended Tech’s lead with a solo run clinically finished off with a rifling reverse. The goal of the game came on the cusp of the break when Alec Wilson finished off another fast break from Tech with a blistering forehand. Old Boys got back into the game after the break when Kyle Ostenfeld finally found a way past keeper Craig Armstrong. Richard Petherick ensured a frenetic finish to the game when converting a drag flicked PC five minutes from full time. Although Old Boys threw players forward in search of at least an equaliser, Tech held onto the win to move joint second with Old Boys and University at the halfway mark of the Championship Round.

Previously unbeaten Suburbs were made to rue taking bottom placed Ecolab Te Awamutu too lightly in their encounter. Te Awamutu led 1 nil at the break with Ben Coxhead converting the lone goal. The second half saw Te Awamutu stun Suburbs with back to back PC conversions to Rhys McLachlan and Patrick Wilson and with seven minutes left Suburbs subbed their goalie allowing McLachlan to convert again from the PC with a straight forward drag flick. Aaron McNabb scored a consolation for Suburbs who also lost the GB Sports Challenge Shield in their defeat.

Goals abounded during the women’s matches with Storage King University rattling in ten and Hamilton Old Girls scoring seven in free flowing encounters. The students demolished Te Awamutu in a second half scoring frenzy. Leading by three at the break through Emma Andrews, Kate Southee, and Kirsty Harris University seemed to convert at will with some scintillating finishing. Although not finding the scoring sheet NZ U21 rep Alia Jaques created havoc providing pace and space for her forwards to exploit. Andrews completed her hat trick with a second half brace, Chloe Stevens, Olivia Scotland, Rachel Smith Jess Turner and Southee all getting on the scoresheet with Te Awamutu having the last say through a Chloe Nesbett strike for a 10-1 final result. Old Girls were equally dominant over PR Carter Contracting University B but could only manage two first half goals to Karen Matthews and Toni Vickers. Old Girls Helene Barron opened the second half scoring using her pace to good effect but the students responded in kind through Brodi Muschamp. Old Girls turned on the afterburners with Renee Evans, Michelle Hollands, Baaron and Vickers all converting for an emphatic 7-1 victory. The students were backing up from playing their deferred match midweek against Univ A putting on a braver effort in going down 0-4. Fraser Tech remain top of the table and successfully defended the GB Sports Challenge Shield with a hard fought 3-0 win over Suburbs. Kate Kernaghan and Deborah Yung converted first half chances and a resilient defensive unit of Suburbs ensured that only a lone Amy Williams PC followed for a 3-0 win to Tech. 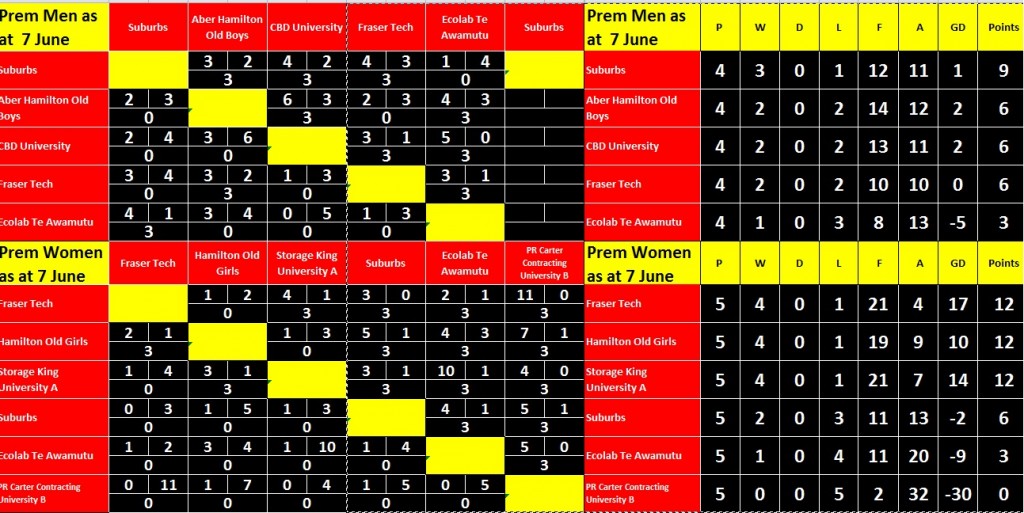