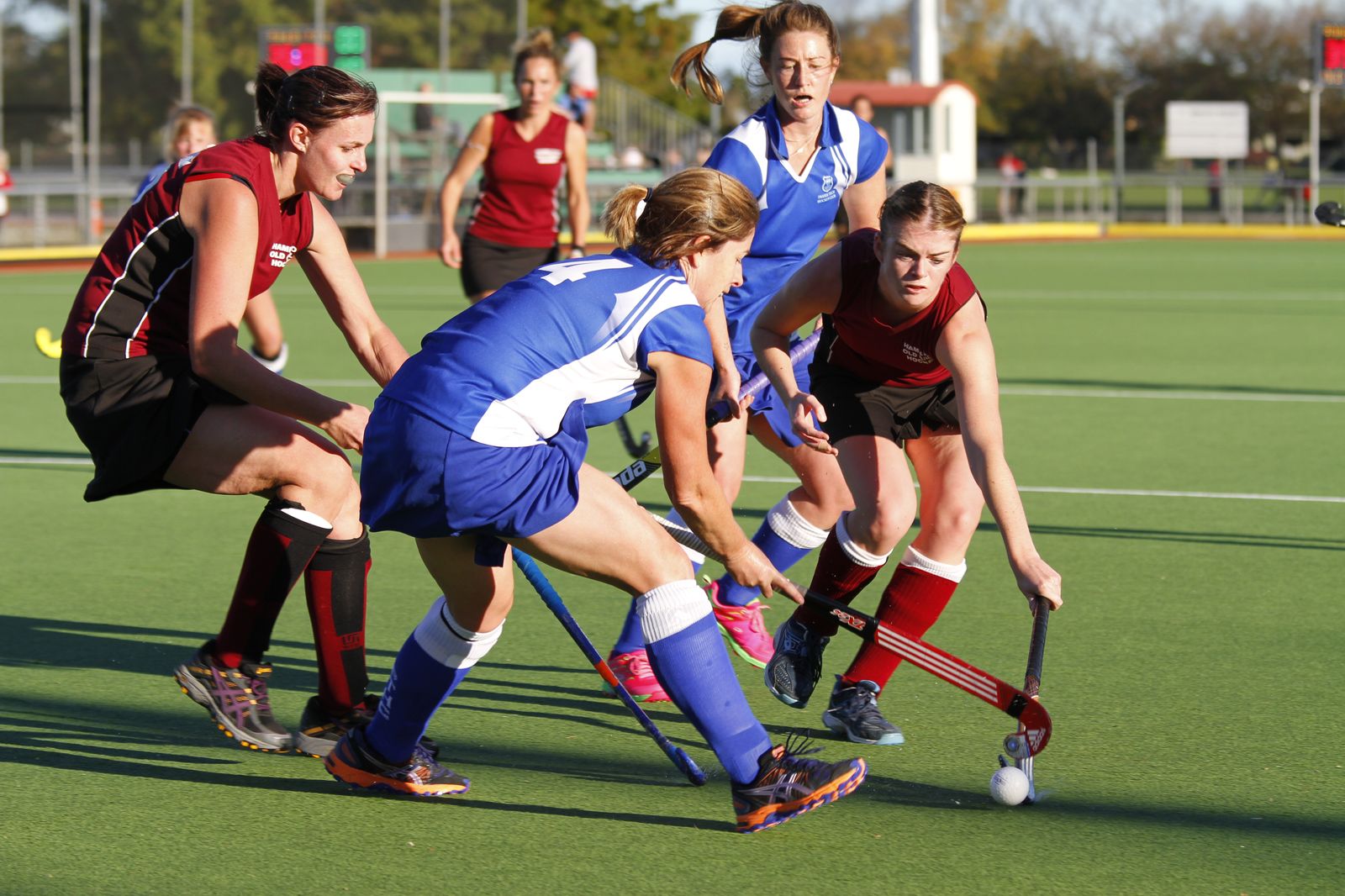 Hamilton Old Girls retained the GB Sports Shield successfully seeing off a valiant challenge by Fraser Tech.Old Girls striker Jeanna Richardson continued her rich vein of scoring form with two first half strikes to give her side a handy half time lead. Tech pressured well throughout the game but will rue their ineffectiveness at the set piece after earning plenty of scoring opportunities from PCs. The pressure was eventually rewarded with Kate Kernaghan reducing the deficit setting up a frenetic finish. Old Girls defended their slender lead resiliently till the end to earn their second successive win of the season and top the points table.
Suburbs Women started the better against an under-strength Storage King University and led early through an excellent team passing movement slickly finished off by Julena Phillips. The students bounced back immediately with Olivia Scotland equalizing within a minute with a well taken field goal. Although missing their U21 players, University stamped their class on the match with a solid second half display scoring twice more through Rachel Smith from the field and a splendidly executed PC variation finished off by Chloe Stevens.
In the late game Ecolab Te Awamutu proved too strong for PR Carter Contracting Varsity B with Annabelle Codegan and Kelly Rawlinson converting first half chances. After the break Rawlinson nabbed a second, with Luisa Balsom and Bronwyn Brier completing the 5-0 romp.

In Men’s matches Te Awamutu started well against Fraser Tech profiting from a rebounded ball off the umpire in their own circle to break out via Keenan McCleery who then found Joel Kosoof unmarked in front of goal to coolly slot past Craig Armstrong for the opening score. Kendall Nolan restored parity for Tech reacting quickest during a goal mouth melee. Tech stamped their authority on the game welcoming the return of Midlands U21 rep Alec Wilson who capped off a splendid all round game when he converted a sharp chance to grab the lead and then seal the 3-1 win with a further goal. Tech Coach Doug Sommerville was at his vocal worst in berating some inconsistent officiating and was lucky his Captain only received a green card for his indiscretions. With several top umpires back next week from U21s lets hope this performance will not be repeated.
In the Men’s match of the day, Suburbs Piako secured a major scalp when downing CBD University 4-2. Suburbs Aaron McNabb scrambled in the opening goal somewhat against the run of play which lifted the tempo of the game. Abir Mukherjee equalized for University to lock the scores 1-all at the break. Mukherjee got the students ahead early into the second stanza with another rifling shot but Suburbs kept their composure to slot in three unanswered goals to secure the win. McNabb grabbed a second, Ryan Brewer slotted a well taken PC and Leon Teao rounded off the scoring.