Congratulations to our U21 Midlands Women

Congratulations to four members of our Fraser Tech Premier Women’s team – Acacia Kelsen, Alex Lukin, Julia Ebert and Olivia Scotland – who are part of the Midlands U21 team that won gold at the National U21 tournament held recently at Dunedin. They claimed the championship with a hard fought 2-1 win over North Harbour in a game locked up 0-0 at halftime.

The Midlands U21 Men featuring Orin Burmester, Reuben Andrews and Ross Stembridge finished fourth, after a 2-0 loss to Southern in the playoff for third. 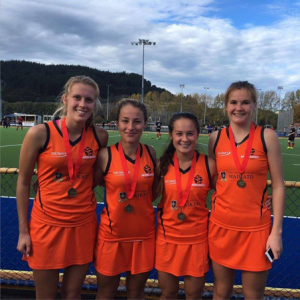