Will KampPosted on 24/05/2016 Posted in Featured, Photo of the Week, Premier Report 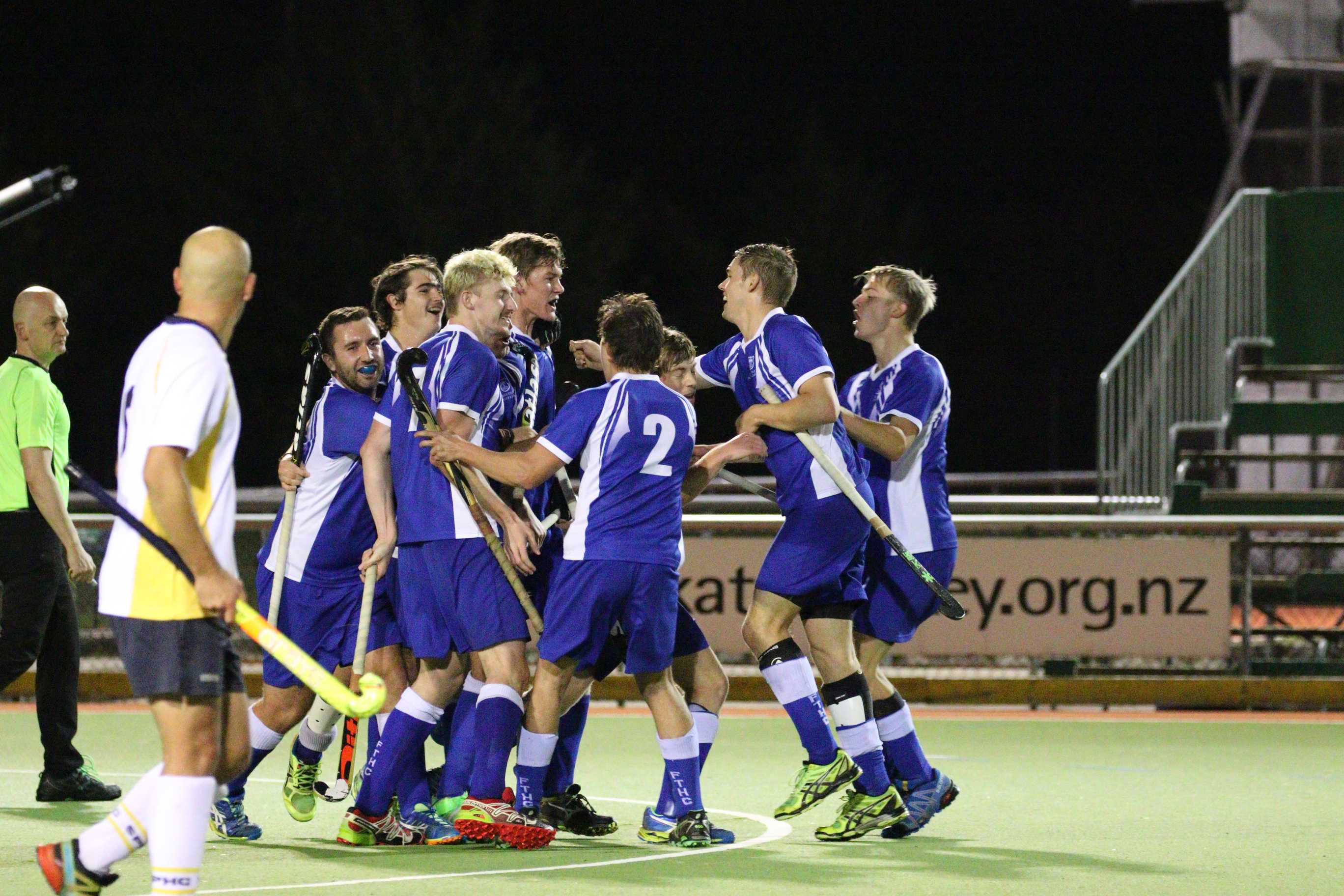 Tech women defeated Hamilton Old Girls 3-1 to win the Championship round. Tech dominated the attacking phases throughout a productive first half with Olivia Scotland opening and closing the first half scoring with Eva Zylstra also scoring. Sharnae Taylor capped off a solid second half effort for Old Girls with the consolation goal from a deft deflection.

Suburbs women finished third after a 3-0 win over Be Active Fitness University in the playoff match. They led at the break from a Shanelle Reeve field goal with Drea Kutia then Kate Mahon sealing the win with second half conversions.

Tech men made it a Fraser Tech championship double after a nail biting Premier Men’s final. Jonno Bloor gave Suburbs the lead midway through the first half with a stunning reverse but a defensive lapse saw the ever present Tim Seifert latch onto a loose ball to equalise from close range. International umpires Bevan Nichol and Hamish Jamson also added value utilising microphone technology for the final and subtle use of the sin bin kept the players focused on the hockey throughout creating for a high quality tense encounter. Neither side could break the deadlock in the second half with excellent defensive screens and just as it looked to be going into extra time Rueben Andrews scored the winner in the final 90 seconds.

Hamilton Old Boys secured third place with a 4-0 win over Ecolab Te Awamutu. Jury Herewini gave Old Boys the perfect start with a 2nd minute strike but Old Boys failed to add further before the break. Tim Neild and Kyle Westerman ensured victory with two goals in the space of a minute and Zane Anderson sealed the win.