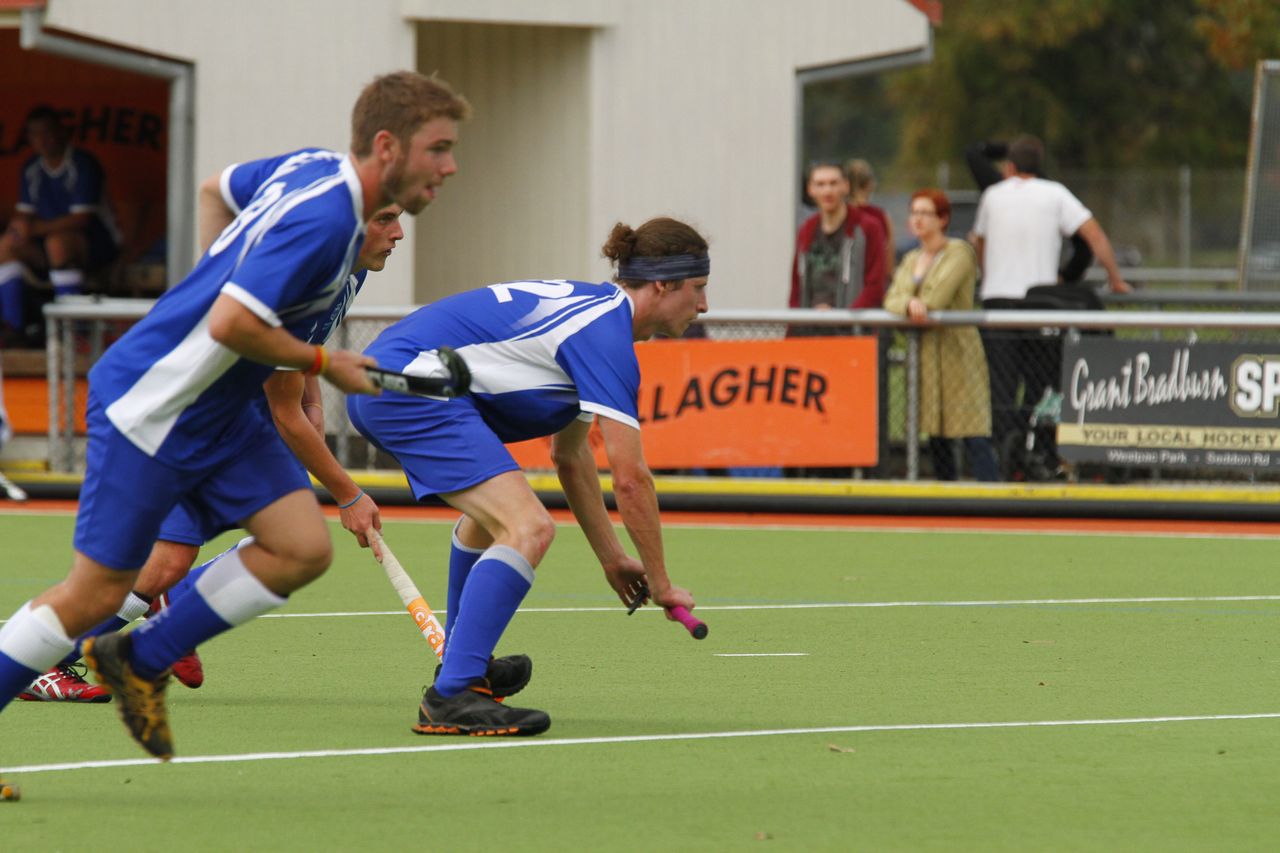 In a new initiative from long standing sponsor Grant Bradburn Sports, the Waikato Premier Clubs have two new shields, one each for the men’s and women’s competitions. They will be contested each week, with the holder having to offer it up each game they play until the end of the season when the last holder of the year will have their name engraved upon it.

In Men’s matches Te Awamutu, as shown in pre season warmup games, were competitive from the outset against hot favourites Hamilton Old Boys. Troy Smith and Gareth Nuzumboth converted early chances but Te Awamutu came storming back into the game prior to the break with a low drag flicked PC conversion to Shaun Hazelton. They then leveled the scores early in the 2nd half through a Michael Atkin PC conversion and went ahead midway through the half with a great team effort finished by Patrick Wilson. Nuzum nailed an equalizer with another trademark low drag flick which was almost saved by Te Awamutu goaltender Natena Waaka. Hazelton had a golden chance to restore Te Awamutu’s lead when awarded a contentious stroke but his effort was off target. Old Boy’s finally found some ascendancy as the game wore to a close and were aptly rewarded when Declan Keaney sealed the 4-3 win. In the other Men’s match University wore down Fraser Tech to win 3-1. The sides traded first half goals with Henry Cooper opening for Tech and Dave Hannah equalizing for the students. Both sides struggled to convert chances and it took a moment of ill discipline from Jimmy Linehan, who was yellow carded by Umpire Carol Lambert, to swing the balance in University’s favour. Abir Mukherjee and Scott Richardson both converted late field goals to seal the win.

In Women’s matches Old Girls were made to work hard for their win against Suburbs Piako but clinchéd the GB Sports shield with a solid first half effort. Jeanna Richardson showed skill in opening from the field and Karen Matthews was gifted a chance by a Suburbs defensive lapse just moments later. Suzie Johnson finished off a slick counter attack to give Old Girls a handy 3-0 half time lead. Suburbs attacked well in the second half but some excellent defense and poor finishing left them unrewarded. Helene Barron starred for Old Girls in the second spell with two blistering runs. The first found space up the left for her fellow strikers to weave through the Suburbs defensive screen with Barron on hand to rifle in a first time shot to take the lead to four. Michaela Berry converted a PC for Suburbs to close the gap but Barron repeated her earlier efforts with a run up the right finishing off with a reverse tomahawk to complete the 5-1 win. In the other match Fraser Tech prevailed 2-1 over a gutsy Te Awamutu unit with Alexis Ramsay and Julia Ebert converting for Tech either side of a Chloe Nesbitt goal for Te Awamutu. The return of the evergreen Morag Stroud bolstered up the Tech midfield where Kimberley Gill was a standout performer.